As Peru’s reputation as a mecca for food, its employment rates, urban construction and tourism continue to rise, so does the need to protect Peru’s most precious areas.

Peru has been on the rise. Over the last two decades, we’ve seen that a stronger Peruvian democracy and its solid economic growth have been accompanied by growth in tourism. All the while, Peruvian culinary arts have become renowned in the highest international rankings. Moreover, global awareness of Peru’s rich historical patrimony and stunning natural beauty, and the importance to preserve it, has been increasing.

The Peruvian government has designated 76 protected areas – parks, reserves and sanctuaries. These include the well-known Amazon rainforest, the spectacular Inca creation Machu Picchu, and the equally magnificent but less-traveled moonscape-like coastal desert at the base of the Andes mountain range. Despite the government’s efforts, it lacks the funding to ensure truly sustainable preservation of this wide range of biodiversity.

It is time for change, and Inka Park is determined to lead the charge.

The Peruvian Amazon: the lungs of the earth

To put the wonder that is the Amazon in a global context: it ranks 1st in the world when it comes to diversity of freshwater fish and butterflies, 2nd in birds and 5th in mammals and reptiles. And last but not least: with its mind blowing tree coverage of 260,000 square miles it has been one of the world’s largest store houses of carbon.

Unfortunately the Amazon is also infamous for being one of the world’s top deforestation zones. Unsustainable forms of gold mining, agriculture and logging are major threats. A World Wildlife Fund report drives home the need for the Project Finance for Permanence (PFP) initiative.

Inka Park: a driving force to protect the planet

To save the world, we must start at the lungs of the earth: Peru’s Amazonian rainforest. And we must do so now, when we still have the chance to change the tides and save our planet. Peruvians’ efforts to save their natural treasures illustrate their commitment to protect our planet’s biodiversity. We need to make a change to save Peru, Latin America, and the world from the tragedy that the destruction of the Amazon will cause.

They need the help of a driving force; a perpetually inspiring story and project, rooted in the old Inka culture. Inka Park wants to be that catalyst for change. We are committed to the preservation of the historical, cultural and environmental heritage of Peru, knowing that these also benefit humanity as a whole.

We intend to join the initiative called National Parks: Peru’s Natural Legacy. In this inclusive initiative, we will work side by side and on equal terms with the native peoples from the Amazon, and with Peruvian authorities. One of the cornerstones of this initiative is education; to spark the young minds that will change the world. Inka Park is committed to enable accessible, quality education opportunities for Peruvians in the Amazon area and beyond.

Join us on this journey of hope, light... and unbounded adventure.

Are you ready to join the Inka Park adventure?

Subscribe now to receive exclusive news, stories and updates about the rise of Inka Park. 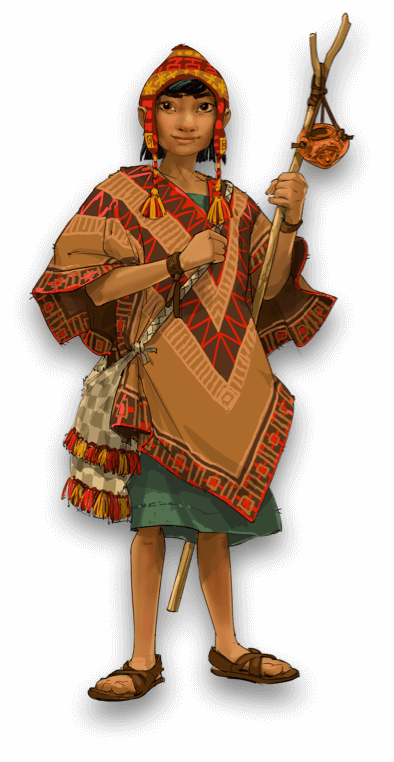